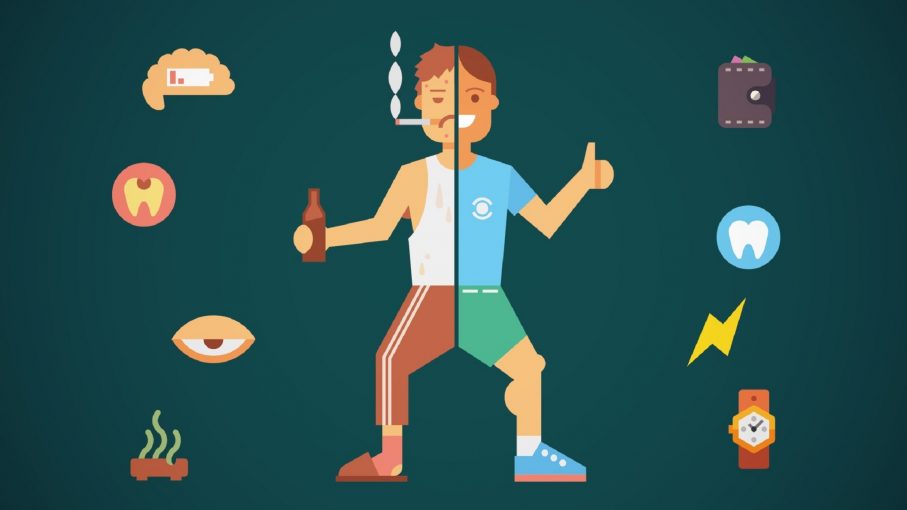 How to change a bad habit

It is a known fact that when you have got a bad habit it surely is going to affect your life and relations, moreover, it is going to prevent you from reaching your goals. You will not feel that it is happening due to this but it eventually will affect and damage your health, not only physically but also mentally you will get down. Your time and energy will get wasted and you see due to a single bad habit you will have to face many consequences.

Now, the question arises that if you have a bad habit and you know it that this bad habit is affecting your life and relations then why you are not able to leave it? Why you are still doing it? Whatever the reason is that you are doing it, is there any chance that you can do something about it?

To answer all these questions, we ought to check out the reasons of having bad habits.

How long does it take to change behaviour

Then, there are two things which causes bad habits. Afterwards, we will get to know how to change a bad habit.

Now, we will move forward towards the solution of this issue.

First of all, you will have to face the boredom or stress you are going through, and choose something else to eliminate the bad habit. For example, if you have an urge to smoke, then what will you do? You can do breathing exercises and doing this will going to help you and will reduce your urge to smoke. Let us take another example, if Facebook is calling you to check out the statuses of other people, then what is the solution? You can do work instead and search something that is going to help you in your office. You have a substitute you only need to find it out so that you can use it, instead of developing a bad habit, and you can easily change the bad habit.

It is easy to understand things with the help of examples, let us take an example here. For instance, if you drink when you smoke, then you must not go to bar. In this way, you can cut out the triggers that are causing you to do that specific thing. If the cookies are in your house and you eat them in excess, then you can throw them away so that you can stop yourself for eating those cookies. If you have a habit of watching television every time when you sit on the couch, then you can replace the location of the remote away from couch so that you will not be pick it up when you sit on the couch. As you see, that you can make it easy to break the habit when you avoid the things that are actually causing it. It is the environment that makes it easy or difficult to deal with your bad habit, you can change the environment or any factor of environment so that you can change the outcome of it.

You might be thinking what we mean by joining hands? Let us clear the confusion here, well it means that you ought to pair with somebody so that you can quit the habit together. You can join hands and can help each other, and afterwards you can celebrate the victories at the end. As you both will expect that the other person is doing so and in this way, you can motivate yourself to do the same.

You can visualize yourself quitting the bad habit and you can feel the success. What will happen when you do this? When you are visualizing yourself enjoying the success and smiling that you finally broke it then you will get motivated to change it as soon as possible.

Returning to the old one

Fighting with the bad habits is not that much difficult as it seems to be. Use BUT so that you can overcome the negative talk which you will do to yourself.

Focus is everything, my meditation journey

How to master any skill fast and easily