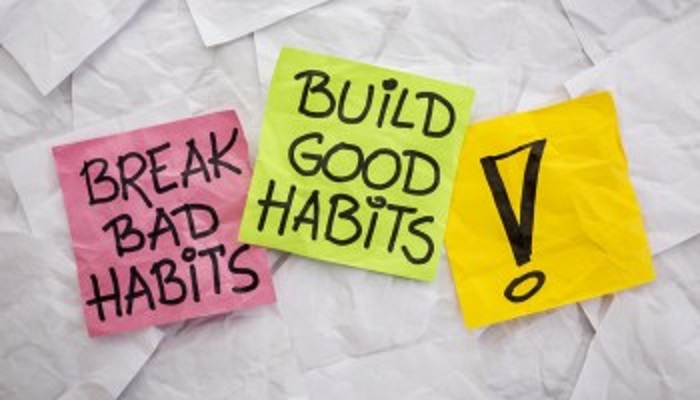 How long to break a habit

How long to break a habit?

It is the most revolving phrase when it comes to breaking the habit that “21 days are enough to break a habit”, now we have to find out either this really works or it is a myth only.

Don’t you feel that there are a few habits you ought to change for good as it is good to shed some old habits and to develop new ones.

Now, the question is how long does it take to break the old habit? And another question that arises is; does it work same for the children as well as the adults?

Let’s check that how is it relative and how many days are actually required to break a habit.

How long to break a habit

At the same time, if you want to break some self-soothing habit such as biting your nails or tapping your foot on the floor when you are nervous; you will feel much difficult to stop as it is a self-soothing habit and you will do it unintentionally. Now, what is the answer to this question that how to break this type of habit? Unfortunately, there is no definitive answer to this very question but we surely will find ways to break that type of habits too.

What are you going to do and how will you break that habit?

Keep this fact in mind that you never can do it all of a sudden, as in you cannot just start eating salads right away and leave the desired food. It is nearly impossible for most of the people.

What you need to do is to take baby steps, such as you can eliminate the favourite dishes one by one and add other things one by one as well. This way you can manage it well and sooner than later you would be able to do it more easily and will get used to it.

This very method can be applied to all the other habits as well, which seems difficult to break. Keeping the analogy of taking baby steps in mind you can break any habit that seems difficult to break. For example, breaking the habit of smoking, now how you can implement the same analogy to this habit? Well, you can do it this way that you can gradually decrease the number of cigarettes you smoke. As far as taking baby steps is concerned, you can decrease a few cigarettes per week and then per day. You can do it easily without any hassle, but commitment is needed after all.

Another technique we use to break any habit is to swap that habit with something more desirable habit. For example, you can swap the habit of biting nails with chewing gum you like. In this way, you can break that bad habit of biting nails easily. The oral urge of a smoker can be reduced if the smoker keeps mints in his mouth so that the urge can be satisfied and thus he can reduce that bad habit of smoking.

After going through everything this is clear as a bell that the powerful changes are not going to happen very quickly and it is not a matter of overnight. We can say that changing a habit in 21 days is probably a myth and if it is a myth then how can you determine the number of days in which you set your goal to change the specific habit. Well, you can set your own time frame, and at least give yourself two months in order to get rid of that habit completely.

All the people will have different speed of changing the habits and that depends on lots of variables varying from person to person.

It does not matter how long it take to break the bad habit, just be committed and sooner than later you will achieve success in this regard. Keeping the factor in mind will help you getting rid of bad habit that worst habits can cost you your life and your relationships. Just think over it and you will be motivated to break it.

Focus is everything, my meditation journey

How to master any skill fast and easily

Good post. I learn something new and challenging on blogs I stumbleupon on a
daily basis. It will always be useful to read articles from other writers and use a little
something from other websites.